from Songs For The Phonophobic by Jason Davis 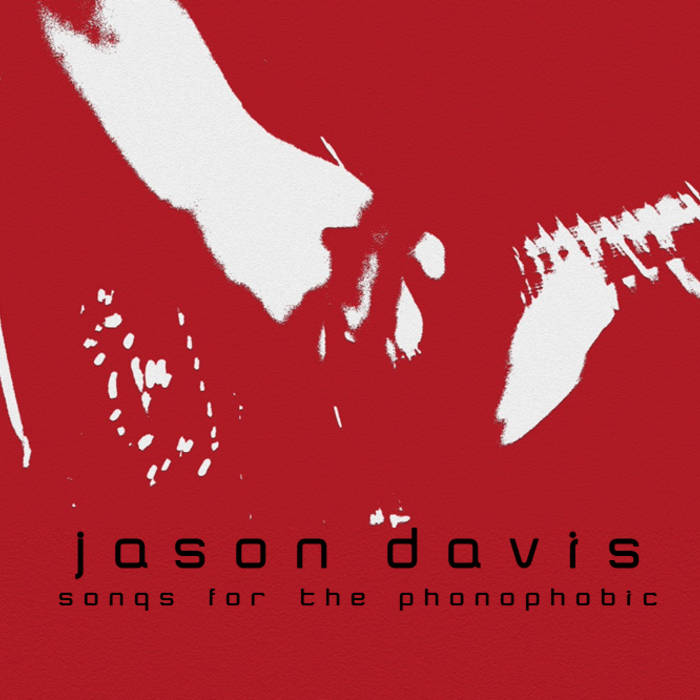 I like writing faster songs and starting off an album with something pretty in your face. I did that on my 2006 release [the red album] but shied away from it on Balance: The One-Forty-Seven Manifesto (2008). It’s not that I do not like how that album started, but I did want to get back to the whole (as the lyrics say) “ice pick to the forehead” intro for this one.

I wouldn’t say that this is a punk song. I like punk…well, let me rephrase that: I like ORIGINAL punk. The 90-00s version is too corporate and contrived. Give me the Sex Pistols, the Ramones, and the Clash anyday. But in true punk form, “Rock Is Dead” is less than 2 min. long and uses only three chords (I-IV-V). Nothing fancy, but it gets the point across. As commonplace for me, I wrote the music and then went back to create lyrics & a melody for the vocals.

I’m not a fan of 90% of the popular music that is released and pushed in our faces on a day to day basis. I’m willing to give it all a listen, but rarely do I find anything honest and pure from an artistic standpoint. I’m also not opposed to the idea of major labels and their purpose (which I still think they have), and I certainly understand their need to make money as they are a business first and foremost. But in their need to make a profit, the music marketed most is one that appeals to the least common denominator. That typically doesn’t inspire me.

In addition, technology is a wonderful thing. Most of us probably wouldn’t have much of an opportunity (especially on an independent level) to producer high-quality recordings of our music without the backing of a major label and studio. However, like anything, the human desire to take technology to its extreme in order to make life much easier for us takes away the most important part: the human element.

Songs recorded pre-ProTools by artists such as Led Zeppelin, Hendrix, The Beatles, et al, had tons of “mistakes” in them: misplayed parts, rhythms not lining up exactly, out of tune notes. But those “mistakes” made it sound cool, honest, true, and HUMAN! Auto-tune (while an interesting concept) has made it possible for anyone able to make a somewhat recognizable pitch with their voice to sing a passable melody.

However, I will say that there are a few artists that sneak in and are quite successful in pop culture’s cesspool of humanity. Bands like Muse, Mumford & Sons, The Black Keys, and even Foo Fighters should not be as popular today as they are. The Black Keys sold out Madison Square garden, for heaven’s sake! Maybe, just maybe, there is hope for us…somewhere.

My goal in recording is to capture my best performance. While I love signal processing and plug-ins, I still want the human performance to stand out and be as good as possible. Strip the effects away, and I still want something there that can stand on its own with integrity.

Two guitars were used for this recording. The first is the discontinued Double Agent I by Reverend Guitars (they offer the Double Agent II in a different shape). This guitar was used for all of the rhythm guitar tracks. I love the versatility of this guitar. The P-90 in the neck gives a wonderfully warm tone while the proprietary Reverend humbucker in the bridges allows the guitar to snarl when necessary. Plus, the bass contour knob (Reverend’s secret weapon) allows for me to thin out the sound of either pickup to achieve a variety of tones. The guitar sounds great and looks cool with its neo-retro vibe.

For the guitar solo, I used a custom Reverend Reeves Gabrels I Signature model. Reeves is one of my influences as a guitar player, but more importantly he is a friend. I am fortunate in that this particular guitar was actually owned by Reeves for about two years and used on a number of recordings and in live shows. The guitar has been modified with a Sustainiac pickup in the neck position (which offers the ability for endless sustain and harmonic/feedback effect) and a Stetsbar tremolo system. Features from both mods can be heard within the solo. As far as the solo itself, I went for a Chuck Berry vibe during the first part of the solo and then juxtaposed it with the out-of-control hyper-speed section to follow.

Other items used to record the guitar parts include a Blackstone Appliances Mosfet Overdrive, a Randall RM-100 head going into a 2x12 cabinet, Randall’s Plexi module for tone/gain, a Line6 POD HD, and Lava Cable’s Retro Coil and Clear Connect.